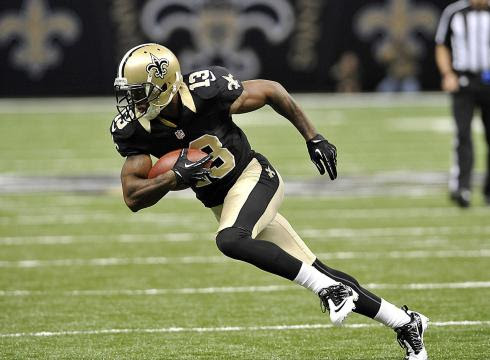 I have noted in the past that fantasy league sports clubs are basically Dungeons and Dragons for the deeply closeted. This is true, but I would like to switch to actual flesh-and-blood sports and see how it stacks up to my personal passion, fiction. First, I think it is important to understand that the comparison is not so ludicrous as it would initially appear, and I say that for this reason - the winner is not really the point. Okay, it is important, but it is not the most important aspect of the game or else you could just look up the scores in the paper the next day and be content with that.

No, clearly watching the game is a crucial element, and I assert that is because of the drama. The minute twists and reversals, each of which could affect the outcome of the game as a whole, all stretched over multiple hours. Now I hope you see what I mean when I say that the ending is not all that matters. Getting a play-by-play description of a football game rather than watching the real thing is like having the major plot points of a Game of Thrones episode dryly recounted to you in lieu of watching the actual episode.

But here is where I feel fiction enjoys a definite advantage over sports - the narrative of a football game is made up on the fly. Certainly I can appreciate the visceral appeal of watching a story that no one can spoil for you because no one knows the ending themselves. By the by, I suspect this is also why sports fans get so up in arms about steroid abuse and suchlike - it gives the advantage to one potential ending over another, making the product less spontaneous and hence less exciting.

Fiction, on the other hand, while less visceral and unpredictable, is at least a narrative that has been crafted by a professional writer, manifesting their intent in words, images, and what have you. Even when after a game the headline writers may brand the result a Cinderella Story or whatever else they managed to pick out from the catalog of cliches that day, it is a narrative that they as an author have imposed on the real life narrative. Giving significance to a narrative requires human input, and that is why I think fiction trumps sports every time.


On a related note, I find the whole premise of athletics - or at least the most basic athletics - questionable. We may find the Fastest Man Alive, but we have to remember that the word Man is the thing that is not like the others. No matter how fast we run, other animals can run faster. No matter how high we jump, other animals can jump higher. No matter how quickly Michael Phelps can swim, put him in the pool with a shark and he is going to get fucking eaten. Something that celebrates what actually sets us apart as a species would be a more appropriate celebration of our shared heritage as a world people. I will even settle for games that have rules and strategies like Basketball, Baseball, or yes, even Football.
Posted by Stefan Melnyk at 11:25 AM No comments: